Just announced, the new Samsung Galaxy NX is presented as the prime example of a relatively new concept in cameras, the smart cameras. Above senseless wars like megapixels (which seems not to cease), the development of increasingly powerful sensors or video himself, which seems to be about to change the picture or the way we interact with it is the proliferation of cameras with powerful operating systems such as, in this case, Android.

It is the mobile photography experience but elevated to full power, that’s what I intend cameras like the new Samsung Galaxy NX.

Aesthetically speaking this is a traditional SLR, with pronounced front grip, a hot shoe, retractable flash and even a viewer, in this case mail. The sensor is mounted APS-C CMOS 20 megapixels and along with the processor, pompous name, Drive IV Image Signal Processer is able, at least in numbers and on paper, to offer benefits noteworthy.

Thus, for example, the ISO range lies in an interesting 100-25600; burst at 8.6 fps or maximum 1/6000s shutter speed. The video, this too, is offers Full-HD 1080p at 25fps. Account, how could it be otherwise, with RAW format and the three-dimensional possibilities offered by the Samsung 45mm lens 2D/3D. All topped with a touch screen 4.8-inch rear.

Within the automation that include most market bodies can highlight a couple of them that enables us to create animated GIFs or sounds and voices include photographs. 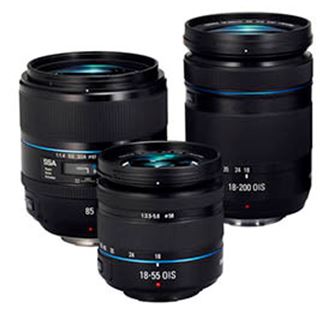 It’s strange to talk about these things when it comes to cameras but the uniqueness of this sector is necessary: ​​The Samsung Galaxy NX has 2 GB of RAM powered by a 1.6GHz Quad Core processor and the Android version is using Jelly Bean (Android 4.2).

The other big news of the camera is 4G LTE connectivity, now so fashionable in our country because the network begins to unfold. 3G/4G addition the camera has Bluetooth 4.0, Wi-Fi, GPS, GLONASS and various sensors such as those found in our smartphones.

Now imagine what you can do with a camera and with a large sensor reveals a significant image quality and with the endless possibilities offered applications available for Android. The battery, a fact that may disturb more than one, is 4,360 mAh and with it on the camera is less than 500 grams.