Trending
You are at:Home»Electronics»Computer»The GTX 780 Ti Gets Released
By Martin Rowe on November 11, 2013 · Computer

Ever since AMD released their top of the line R9 200 series graphic cards, NVIDIA has been trying to make back up plans in order to secure as much revenue as possible. They started out with slashing significant price cuts on their GTX 770 and GTX 780 cards. Their next step was to release the GTX 780 Ti. Claiming to be much faster compared to the GTX 780, let us take a look at the specifications that speak so much about the graphical power of this chip. 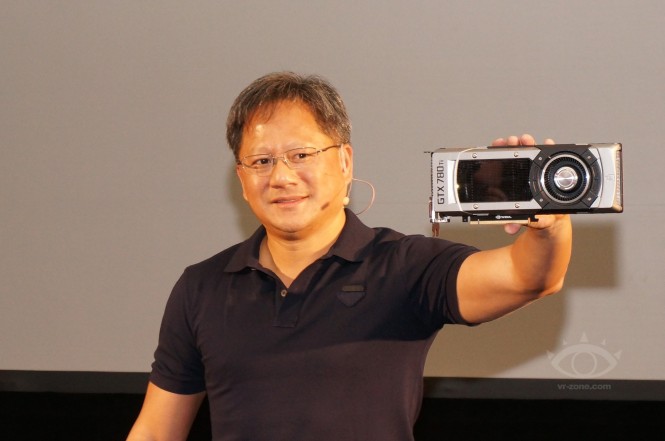 Without distracting you with unnecessary sentences, the Nvidia Gefore GX 780 Ti will be direct competitor of AMD’s flagship GPU: the R9 290 X. The 3 GB video card comes with a factory frequency ( over its predecessor the GTX 780 ) of 875 MHz on the core clock. As a bonus for gamers as well as belonging to the Keplar architecture, the GTX 780 Ti comes with boost clock which drives the 875 MHz upwards to 928 MHz. This feature is handy especially in games which have the capability of bringing graphic cards to their knees. 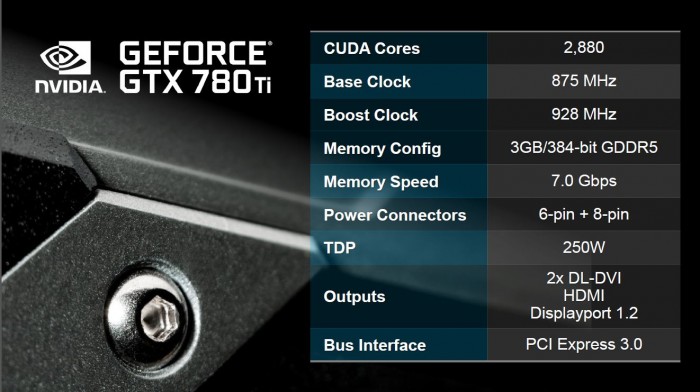 Memory clock is standing in at 7 GHz while the Memory Bus Width is standing tall at 384 bits. The fascinating thing about this card happens to be its power consumption. Its TDP ( thermal design power ) happens to be 250 Watts and for a card which can deliver a massive amounts of graphics horsepower, it consumes a minute amount of power. This efficiency factor will be helpful for users who do not have a large power supply in their system. Its Cuda Core count is standing in at 2880 which is extremely useful for handling the load of realism, particles and other effects categorized under NVIDIA’s PhysX technology. The second most fascinating thing about the card is that all the specifications listed are higher compared to that of the GTX Titan ( apart from the Video Ram of 3 GB ).

This could also mean that in terms of gaming and rendering performance, the GTX 780 Ti will be much faster when pitted against the Titan. It is also priced significantly less. At $ 700, the GTX 780 Ti will be a no brainer purchase against the $ 1000 Titan. The money saved up can be used to utilize the purchase in purchasing a more worthy component for performance. An example, in this case would be a SSD. Looks like the GTX Titan will be discontinued soon enough.