Today’s pattern of doing business with augmented reality agency is considered to be one of the most important and profit-oriented marketing strategies for companies worldwide. As a matter of fact, AR agency is proving to be the crucial point in the field of providing innovative VR Apps that will help them improve their brand advertising.

How can AR profit a business?

In contrast to the investment made on promoting a brand of an establishment using celebrity’s endorsement or other means for the same, brand promotion using augmented reality technology is comparatively more profitable.

One of the first reasons to support the suggestion is that augmented reality technology is emphatically impressive in the context of its sheer visualization presented in the form of 2D or 3D. This is something that impresses upon the mind of a customer with a certain flash of message, entrancing in the sense that the customer feels having a look on the brand being promoted thus. For example, if you have seen ground-activation AR ad by National Geography team, you would come to the conclusion of how effective and intriguing it was when it almost infatuated every audience where the ad (in a mall) was showcased.

Now, spending on celebrity so that he/she could endorse your product doesn’t necessarily bring about the kind of change as you expect, just because of the fact that the personality appeal of the celebrity doesn’t attract much to the audiences who are not fan of him/her. However, brand endorsement using the technique of augmentation has strong possibility of churning out result and is very an inexpensive mode for the promotion as well. This asserts the fact of AR being one of the most effective reasons to include it into your brand promotion to get the desired customer’s response.

The situation of having a rudimentary presence in India has indeed been a concern for AR firms, but not very big hurdle from achieving success of popularizing it. Ad agencies utilize the potentiality of this innovative technique to churn out a great extent of profitability from their AR-sponsored ads. Moreover, the newspaper industries use this technology to increase their circulation. To sum up, there is widespread utility of Augmented Reality technology for small to big industries considering the novelty of the technique.

Today augmentation is success, not because it is inexpensive mode for a brand promotion, but also for the fact of having augmented visualization (also the key point to engage customers). The way someone perceives an enriched object using the technique is a remarkable importance of AR for productivity of a business. Thanks to augmented reality agency and its innovative AR apps which together prove to be a great success factor for business world today. 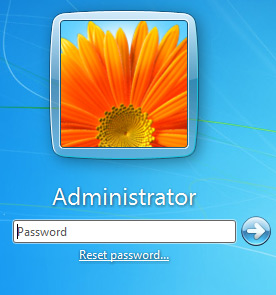 How to Choose an IPTV Set-Top Box

An Overview on the Most Expensive Drones