Trending
You are at:Home»Electronics»Laptops And Tablets: Weighing Up The Benefits
By Katherine Husmith on March 14, 2013 · Electronics, Laptop, Tablet

Tablet computers have been around since 2002 but it was not until the launch of the Apple iPad in 2010 that the market for such devices suddenly exploded. It is estimated that around a third of all internet access is now made through tablet devices and sales continue to grow.

Light, portable and powerful, tablets have won legions of fans, but laptops still remain popular, especially among those requiring a screen larger than ten inches or needing to input large amounts of text. Although most tablet devices have keyboards that can be used in conjunction with them, they are either too light or flimsy for prolonged use or so heavy, they strip away any weight advantage the tablet initially had.

Laptops are also more convenient when it comes to the ability to attach USB devices such as mice, mobile internet dongles or external hard drives. Although some tablets share this ability, the most popular models do not.

Both laptops and tablet computers have screens that are prone to crack or break in the event of the item being dropped. And as the only way to control a tablet computer is through its touchscreen, a crack can be catastrophic as an owner may not even be able to enter their password to activate the device.

Repairing the screen of a tablet computer is a highly specialised procedure that, if performed incorrectly, can result in the loss of all the data stored on the device. Prices vary but in many cases users decide they are better off purchasing a new tablet rather than trying to repair an existing one.

By contrast, replacing the screen of a laptop computer is a relatively simple procedure that can be performed by someone with limited technological knowledge in less than half an hour. Replacement screens for just about every model of laptop on the market are available from online retailers and the cost of these parts is significantly less than the cost of a complete computer. 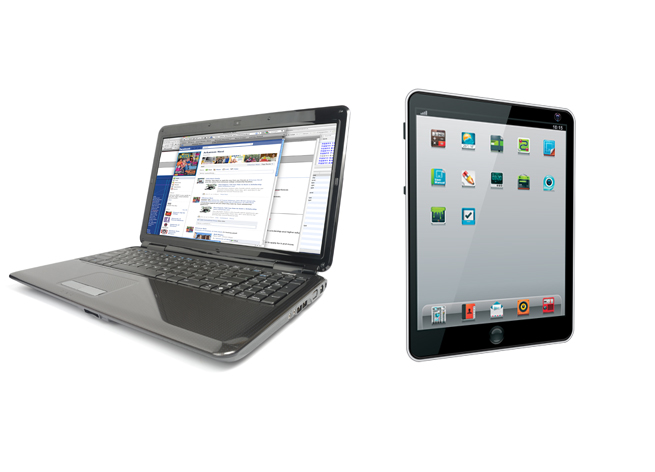 As the screen of a laptop computer is in the lid of the device and therefore separate from the processor, motherboard and other key components, fitting a replacement does not risk the loss of any data held in the flash memory or the hard drive.

To replace a laptop screen does not require any specialist knowledge, the most important part of the process is buying one which is a compatible replacement part for the existing screen. If in any doubt it’s always better to speak to a specialist company.

Post has been contributed by Ann Heimberg. She is a technology journalist and regular contributor to blogs and trade publications on all aspects of portable computing. She recommends www.accupart.co.uk for replacing laptop screen.