Trending
You are at:Home»Electronics»Tablet»Sony VAIO DUO 13
By Katherine Husmith on June 6, 2013 · Tablet

For those who did not have enough with the “conventional” Sony VAIO PRO, the Japanese company had another highlight for this Computex 2013: Sony VAIO DUO 13, 13-inch version of a known device on our website that even analyze.

Difficult to define, some call it convertible device, others see it as a hybrid, but what is clear is that is halfway between laptop and tablet. One area where it seems that Windows 8 is going to move comfortably.

VAIO DUO, Ultrabook and Tablet into One

The transition between the two forms of use is by what Sony has called Surf Slider, or what is the same thing a sliding keyboard on the screen, in addition to being full trackpad features (small size, but there is). The system is not the same as using the VAIO DUO 11 but an evolution which promises a better performance as well as being less bulky. 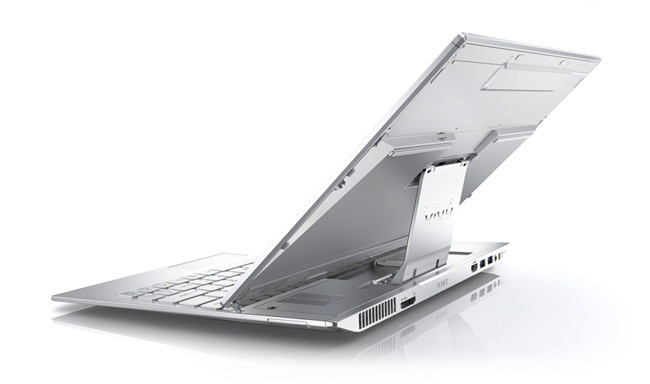 For its construction using materials such as carbon fiber and aluminum, they provide step down to 1.35 kilograms. In the new design is the reduction in the frames of the screen, in fact it is almost as big as the previous model, with a larger screen. The full dimensions are 330 × 19.5 × 210 mm.

As fellow presentation technology debuts TRILUMINOS screens, full HD resolution. The DUO 13 is added support for pointers, which as you can see in the images, is introduced into the body of the computer.

Following specifications to emphasize, we find an 8 megapixel camera and Exmore sensor RS (the front is 2 megapixels), or the new Intel Haswell that promise more than 10 hours of autonomy. The graph is an Intel HD Graphics 4400. 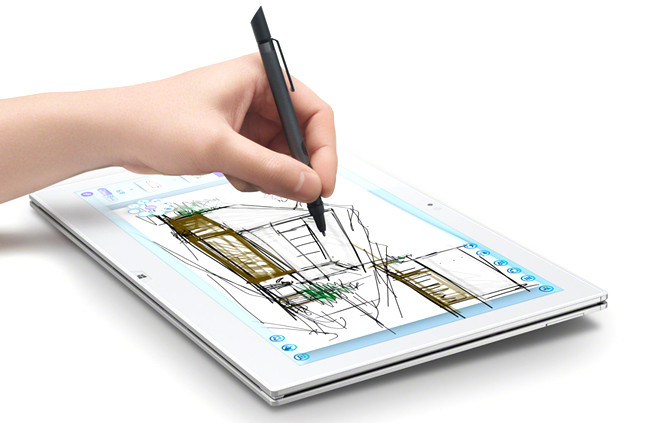 Do not forget to tell us that the keyboard is backlit, and we support NFC and GPS connectivity. Most connectors are provided on the face that we have behind the screen, there are two USB 3.0 ports, SD card reader, and HDMI output.

The Sony convertible grows in size will be available in the U.S. on June 9 at a price of $ 1,400. The base model features an Intel Core i5 processor, 4GB RAM and 128GB SSD storage format.

The settings can be stretched up to 8GB of RAM, 512GB SSD and Intel Core i7-4500U.The available colors, white and black. As you would expect at Sony, and on a device of this kind, there will be possibility to add 3G and LTE connectivity. 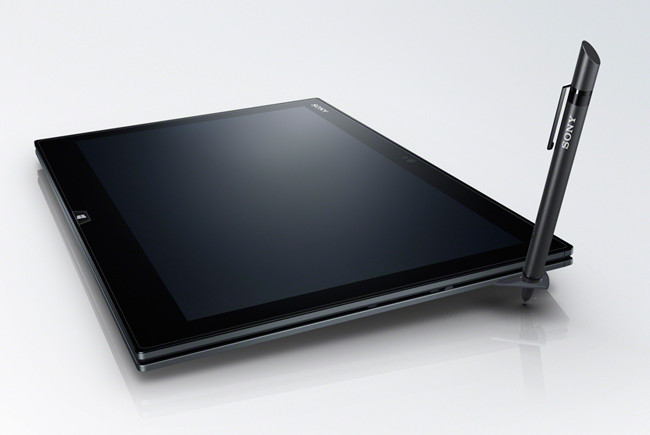 Update, we just confirmed prices in the presentation and touchdown in which we live: from 1,500 to 1,600 euros, depending on configurations.