Trending
You are at:Home»Electronics»An Overview on the Most Expensive Drones
By Katherine Husmith on January 16, 2020 · Electronics, Gadgets

Undoubtedly, the drone market is witnessing rapid advancement in recent years. Presently, drone enthusiasts are spoilt for choices. It goes without saying drones have penetrated our lives. Previously, they were used either by the military or used as a toy. Now, things have changed for the better.

The modern drones are becoming indispensable for a wide array of activities. From film making to capture the best aerial shots, drones are everywhere. Are you ready to splash the cash for buying drones that boast of all the bells and whistles you desire? Let us quench your thirst. In this article, we take a look at some of the most expensive drones. 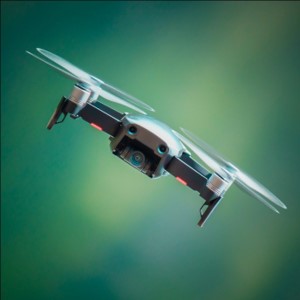 As the drone market is expanding at a rate of knots, you have the option of choosing drones that offer a stunning 4K camera, to those which you can ride. The one thing common in each of them, it will satisfy your desire for capturing mesmerizing aerial views. As mentioned already, most of the expensive drones are aimed at serious and professional people. So, if you are one of them, make sure you check them out.

Fasten your seat belts all the videographers, as this drone is all set to take your breath away. The drone is capable of carrying heavy pieces of equipment and can support payloads up to 15 pounds. It offers extraordinary image stability along with a vibration isolation system. Yes, it is way expensive than you could imagine, but it is certainly worth the cost.

This drone is for serious filmmakers or cinematographers. Matrice 600 can fly for an impressive 35 minutes with medium payload, and with heavier payloads, it can still fly around 18 minutes. It is capable of carrying a whopping 33 pounds. With speeds clocking up to 40mph and the ability to scale more than 8,000 feet. The professional filmmakers need not look elsewhere for a more suitable option.

Mavic Pro is foldable, thus making it incredibly easy to carry at various locations. It can withstand rough winds too and fly at a rate of 24mph; otherwise, it can travel at 40mph. After a single charge, you can expect 27 minutes of flight time. The biggest USP of this drone is its capability of taking video footage. Above all, the drone comes with two additional batteries and one battery for a bank adapter. Additionally, it also comes with many other useful items to enhance the shooting experience.

The $300,000 drone is understandably not for everyone. Since we are discussing the expensive drones, we ought to mention it. This is the first drone that lets you fly in it. It includes all the features like chairs and inbuilt tablets for controlling. After charging it for a couple of hours, you can fly around for approximate 23 minutes. Who would have ever thought, someday we would fly in drones. But, that, as you can see, is now a reality.

If you are a person who does not want to compromise with the camera quality, then this beast is for you. It is the most expensive camera drone in the world right now. You cannot help yourself from being stunned by its 4K video footage. At $250,000, not many are going to go for it. But, for professional filmmakers, this can be well worth a buy.

By now, you must have realized; there are various types of drones for you to explore. Select the one that fits your budget and, of course, your requirements.