E3 2013 is just one of the most exciting in recent years that brought a new generation of consoles. We do an extensive review of the best ads of this great event entertainment

Every year gamers of the world came together to wait the wonderful E3, which is more than the largest video game trade show each year, where we see the biggest development studios present their upcoming artworks (mostly) we remain very vigilant in the next 12 months. Here are the best of E3 2013, a detailed list of the largest and most important announcements of the conference, and the moments that will certainly never forget.

And this E3 2013, which is hours ended, brought a new generation of consoles and thus became the most important and spectacular in recent years. PlayStation 4 and Xbox One had already been presented at events leading up to this great event, however it was not at this show when Sony and Microsoft announced all the details, including some next-gen titles that are already more advanced in development. This is why we started the best of E3 2013 with the most important video game titles.

The best games of the fair

Titles exclusive multiplatform titles, many sequels, revived franchises and new IP (Intellectual Properties as its literal translation, which can end up being new franchises). At E3 2013 there was a bit of everything, as it should be, and then find the best and most attractive titles announced:

The Japanese giant said many conference games during his more than one hour, however, most already knew, with a few exceptions including a fascinating and very exciting new IP that bears the name of The Order: 1886 and is a kind of clan that hunts down supernatural beings in the 19th century. 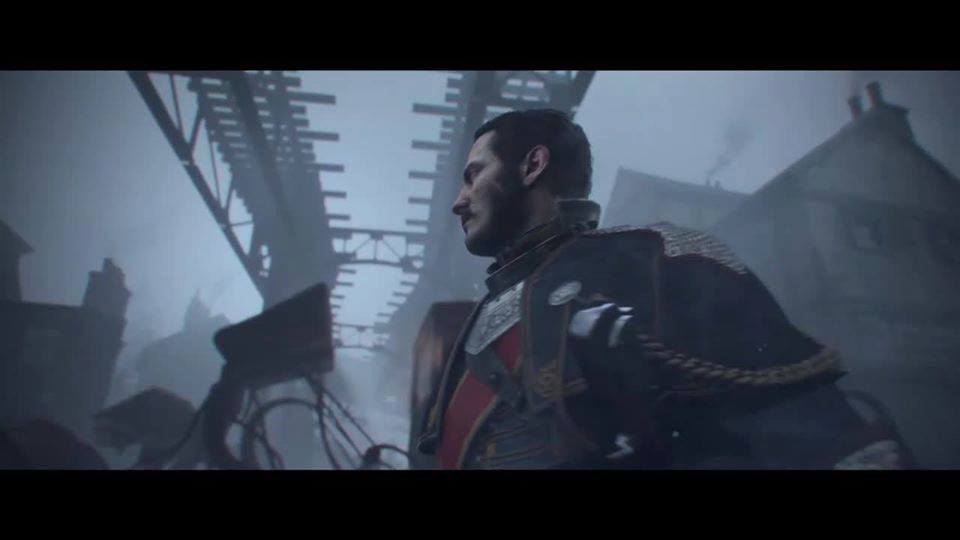 Also announced the complete and total support indie games, so games like Transistor receive (from the creators of Bastion) and Do not Starve, which also are (or will be) available for PC, but make their debut in the world console via PlayStation 4. Furthermore, we returned to see the new gameplay videos and Killzone: Shadow Fall, also inFAMOUS: Second Son of DriveClub, Knack and also saw a technical demonstration by Quantic Dream studies that serves as proof of the potential of PS4, called “The Dark Sorcerer”.

Although Destiny, the next big game Bungie Studios, is an exclusive title for the upcoming PlayStation 4 if first showed gameplay during the Sony conference, and this new game type FPS RPG and massive online (we could call it “MMORPGFPS”, perhaps?) looks simply spectacular. 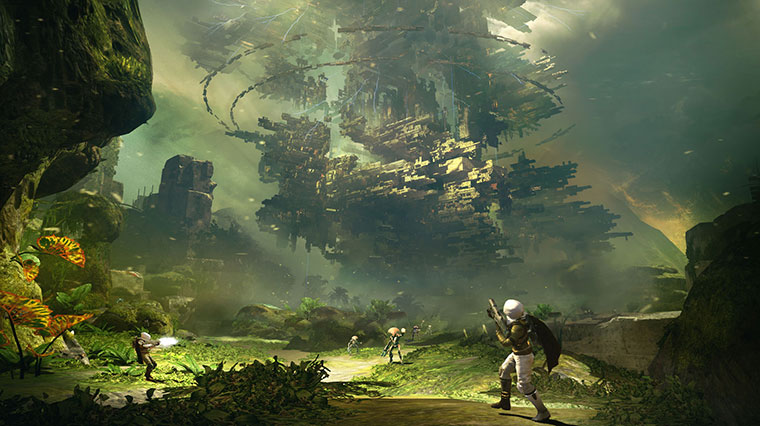 For his part, the outgoing generation of Sony also received many attentions with games that had been announced, such as a new PS3 Bundle with GTA V, a new gameplay video of Beyond: Two Souls, details of Gran Turismo 6 , and finally announced the arrival of the Walking Dead Telltale Games and their new DLC for PS Vita console. A major conference of Sony filled with lots of variety of titles.

The head of the Xbox family, meanwhile, was much controversy in regard to the restrictions of the new Xbox One, however, presented a unique catalog of games, including many new exclusive games that will easily rank among the best of the E3 2013, among which we find several new IP, all you gamers who plan to get one of these consoles were screaming. 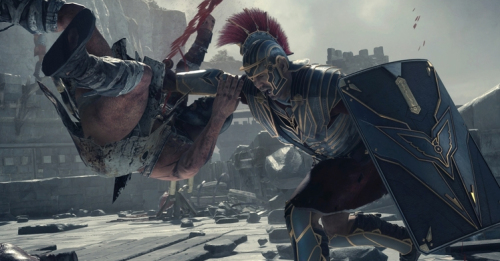 Among them, personally excites me most is Ryse: Son of Rome, an action game in the third person, although not innovate in the field, offers a game full of action, wars in the style of 300 or the series “Spartacus “and the power to command an army at war, while controlling for a Centurion. Look great.

Not only that, presented Quantum Hand Break the Remedy Studios, makers of the first Max Payne and Alan Wake saga, a title peculiar that bases its plot on the ability to freeze time or change the course of history , which is a mix of television and video games. 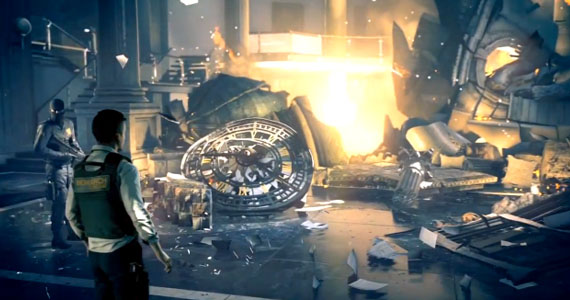 They also confirmed the development of a new HALO which will be released during 2013, and announced one of the most attractive titles for this platform, called Titan fall and promises a lot, even when something as common as a futuristic FPS. Finally, the driving game Forza Motorsport 5 and the arrival of a new and special title of zombies, Dead Rising 3, complete the list of the best and most attractive games for Xbox One. This will be exclusive.

Clearly Microsoft gives a good injection of new and exciting games to your next console to overcome and one of the faults that many critics on Xbox 360, and this is very good.

Mario’s house this year decided not to have the traditional conference to present their new titles, however, if you had presence at the fair, teaching his new creations, which have submitted hours before the E3 opened their doors, including titles as expected as Mario Kart 8, which includes among its new gravity distortion on the tracks, making it a challenge. 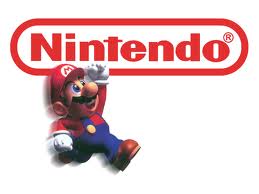 On the other hand, also had Super Mario 3D World, a nuevio Super Smash Bros (this time brings to Mega man between their characters, a new title called “The Wonderful’s 101” that looks good, and finally announced the release date of the Legend of Zelda: Wind Waker HD, a title that already was excellent, but that this leap to high definition makes perfect.

Still, my criticism of Nintendo is still severe, given the lack of even more weight in the catalog to attract not only nostalgic for their franchises, this year will be very competitive in the world of consoles.

Both Microsoft, Sony, and developers in their own press conferences, announced a huge amount of titles that come to PC, PlayStation 3, PlayStation 4, Xbox 360 and Xbox One, and here were some of the most impressive games , as in the case of Watch Dogs, whose trailer of E3 cannot be described otherwise than “awesome.”

Ubisoft is amazing what has been achieved with this new IP, that even makes me think they should give a fitting end to Assassin’s Creed (who was also present, but did not shine) to focus on this title as a new series. This company also introduced a new IP from the series “Splinter Cell”, which bears the name of Tom Clancy’s: The Division and is a title that takes the best of the franchise, and turns it into an MMO (MMO) amazing. 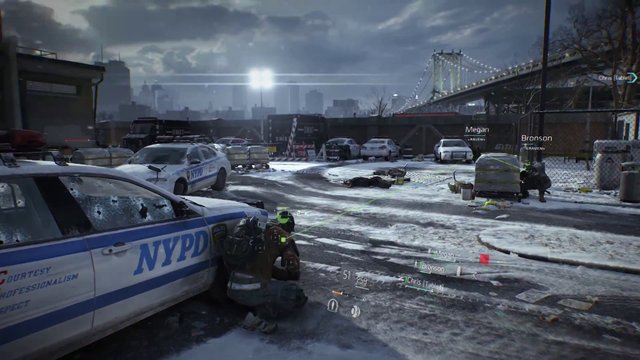 Bethesda Soft works surprised us giving details of your next great RPG game, which this time will be an MMO based on its most popular series, The Elder Scrolls Online, which not only come to PC, but also to PS4 and Xbox One also gave more details of the new Wolfenstein: The new Order and The Evil Within, a title that ensure revive the glory of the survival horror. EA on the other hand showed a series of amazing videos of Battlefield 4 and finally pleased the audience by announcing Mirror’s Edge 2.

Finally, the new CD Projeckt RED, The Witcher 3: Wild Hunt is one of the most anticipated games dela next generation, with incredible graphics, a huge open world exploration and a dramatic plot, as every game in this series.

One of the most exciting and certainly never forget this was the E3 Sony press conference, where although not presented many new titles (the big news of the night was the game The Order: 1886, which I mentioned earlier) did demonstrate two very important that after all the controversies that surround the Microsoft Xbox One of these days, they could not go in vain:

“PlayStation 4 not controls the second hand market for games and does not require internet connection to run mandatory”. With these words, Jack Tretton (CEO of Sony Computer Entertainment America) seems to have sentenced the E3, and leave a very good impression on all who were aware of the conference.

Not only this, they announced that the price of PlayStation 4 will be only $ 399 or Euros, which is $ 100 or Euros unless Xbox One No wonder that the conference audience has applauded so with such advertisements, nor is it surprising that Sony now take the lead in this new console war.

PlayStation 4 to avoid these restrictions and allow developers to run if you like DRM but only in the online mode of the game really is not doing anything new, it was the same with the PS3. However, this time doing nothing new, is very good.

The 2013 edition of this year’s Electronic Entertainment Expo could not have been more exciting. It will certainly be hard to forget these four days full of ads and major releases, since we are facing the arrival of a new generation of consoles: PlayStation 4 and Xbox One

Each will meet a similar audience, but different. We all love video games and consoles both do a wonderful job in this matter was controversial features, additional features or lack of them on each platform. This E3 was full of amazing games for all tastes, including announcements related to the most popular sagas like really promising new titles.

In the next twelve months will see new consoles hit the market, new games and more ads. But while many good things in store for us in the world of video games, we close with nostalgia for one of the best and most memorable in recent years E3. Now we just wait for the Game Developers Conference that will be held during August, and of course, the next December to finally get hold of the successors to the PlayStation 3 and Xbox 360.