Trending
You are at:Home»Internet Marketing»SMO»The Rise of the Fake Follower
By Katherine Husmith on October 27, 2013 · SMO

There are remarkably few people that do not have a social network profile on one of the many platforms. I use both Twitter and Facebook regularly, and enjoy the banter and friendships that have been forms over the years. However, more people than ever before are choosing to set up a fake profile, and I often wonder why they do this, and what they gain.

That figure is staggering, and I often wonder why these sites do not clamp down on the fake profiles, and what the people using them gain from pretending to be someone else. However, I also thought about how fake followers can help small businesses, and many of these do buy twitter followers. Whether this is ethical can always be debated, but does it seriously hurt anyone having these fake followers.

Creating a whole alter ego for social networking sites can be fun, but time consuming, which is why I wonder why people bother. I understand that removing yourself from reality can be fun, and everyone wants to be seen as someone different. Life can be incredibly tedious, which is why some of these fake profiles are created.

If the fake profiles and followers are used as a tool I can understand why more people are deciding to use these for their own gain. But I do not agree with these profiles being used to hurt or abuse anyone, which is a line that you need to think about. There are numerous websites that you can use if you want to receive more followers to your page or business.

These are designed to help boost your followers, and make it seem that you have far more than you actually do. People will think that you are a massive success, and want to be part of the buzz, which is why so many people are choosing this path. One of the top websites to use is followersboost.com which enables you to buy followers, and help your site.

The cost to purchase fake followers is low, which is why so many people choose this option rather than months, or possibly years of gaining genuine followers. Online marketing can be complicated, and when you need to build a customer base, you may want results fast. We all know how vital social media is to our businesses, which is why buying followers is not seen as a bad thing.

Followers can help every business, and I know that I wanted to have as many as possible, to make me feel respected. I had never considered buying followers, why would I as I considered my account to be fascinating. But not everyone does, which is why the option to buy followers was affordable, convenient and didn’t make me feel guilty.

If like me you love those silent pats on the back when the stuff you post gets shared and liked, you will want more followers. As a business,  we can get away with calling it branding, but a personal account is harder to explain. There are remarkably few people though that does not receive some form of delight when their posts are retweeted and shared.

I have noticed that people with a huge amount of followers does cause attention, and will also show promise and potential. I soon realised that even fake followers were recognised as a benefit and that it was an area that was becoming more popular. I considered whether buying fake followers was simply promoting a fake profile and building a lie. But I don’t consider it to be this at all, and the followers that I purchase are there to help and promote my account.

As more real users see that the numbers are growing on my account, they soon joined in the fun, and this was encouraging. I wanted credibility for what I was writing, and this was the best way to go about this, in the quickest time. Earning followers may seem like a good way to spend your time, but it can be draining. 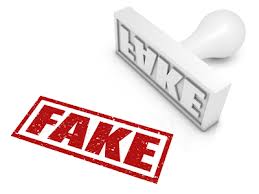 I found that I had to be constantly sharing, and tweeting, which can be time consuming and I have other things to do during the day. This is how I found that buying the followers was far easier, and cut out a massive proportion of effort and work that was needed. I begun to research options and discovered that for around $5,  I could gain followers instantly.

Once you begin to understand how the process of buying followers works, it does become easier as I soon discovered. The followers are in fact Google bots, so know how to make the most of their task, and ensure that people follow your stuff. I had to learn that there was no interaction with my new followers, and I felt a little odd that my new friends were robots.

I also considered if the fact that they were robots, was simply an empty number and that they would bring me no long term gain. It was all for show, and these robots were designed to make me look popular, nothing else. I also realised that the fake followers were causing problems with recording the true numbers of followers on social media sites.

Some of the sites that offer to sell you followers are scams, which is why I spent a long time researching all of my options. I did not want to pay for something that would never happen, as this was something that I could not afford. After much thought and debate I looked at every scenario, and came to the conclusion that if I wasn’t hurting anyone, and it was my money then what was the harm in having fake followers.

This article was provided by Carl from Followersboosts.com.  Followersboost owned and created their own propriety facebook software and can be contacted for any Facebook Application Development opportunities.  If you want to discuss this, or any other Facebook businesses, please get in touch.