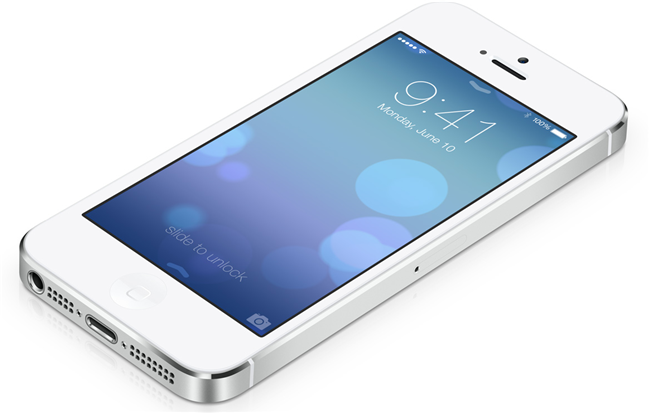 Yesterday Apple meets expectations and introduced iOS 7, the new version of its mobile platform. In this version there is a key player: the redesign of all visual sections iOS, but there are notable changes in the integrated applications in the operating system.

Despite this still early stage of its development, for now only developers can access a Developer Preview, shown by Apple can evaluate whether the new direction of this operating system is unlikely to revive a platform increasingly threatened by the magnitude Android phenomenon. Let’s analyze iOS keys 7.

The Flat Design iOS Reaches 7, But with Inconsistencies 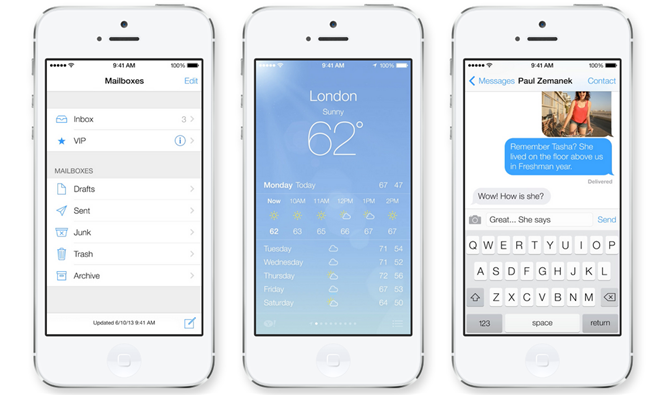 The first sign that we have a new operating system version is shown from the lock screen. While this aspect in previous years did not change significantly, in July IOS user interface changes dramatically.

And changes in all sections of the operating system, from the icons, with a flat design which degraded funds also charge relevance to applications, many of which have been adapted to show that vocation for design background.

It also makes extensive use of transparencies, e.g. notifications and Control Center, but also tools like showing time, or the client that just shows that they’re calling us or we’re on a call. 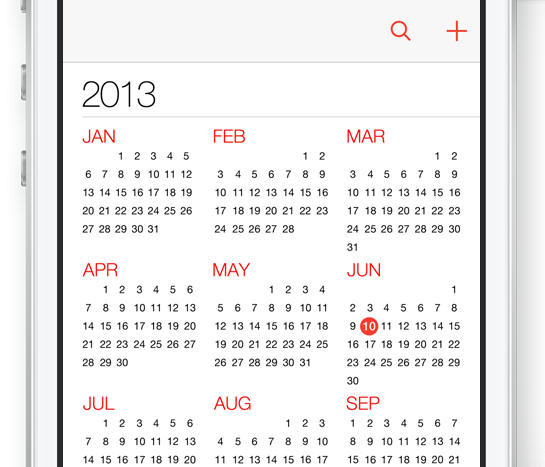 The calendar is a good example of that redesign, and Apple abandons its traditional skeuomorfismo to show more clearly now an interface, with clear contrasts to highlight the elements (red and blue colors), and most elegant typefaces in all sections. In this and other sections Apple recalls-probably unintentionally-with Google Interface Now that is present in a widening in Android. 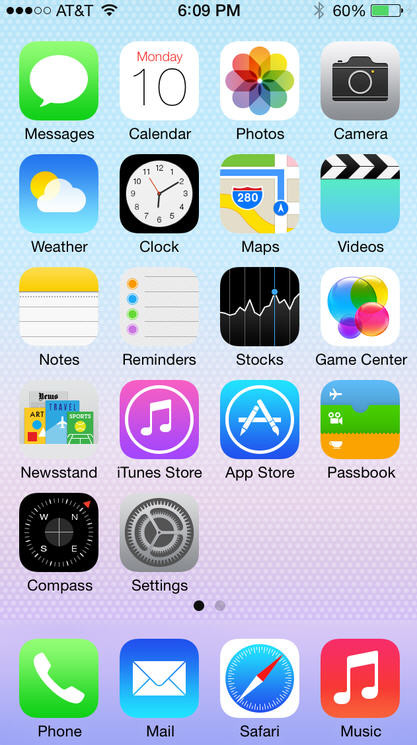 Of course, the choice of this new path in the design leaves many doubts, and in some sections, things do not seem consistent. As if some applications do not have clear design lines or not follow. The camera is one of them, but also for other classics like the calculator or the implementation of exchange.

The icons are also completely new as we mentioned, despite Apple’s efforts is equally inconsistent appearance. The Settings icon looks more like a safe than anything else, and does not seem to have followed a clear line in these redesigns.

This change in the iconography also shown in another section: application icons, as shown for example in Safari and they are so new that at first be difficult to identify which are many. The sharing icon that appears in the photos is also a good example of the confusion caused by this new iconography which also has the same problems of inconsistency those other areas of the redesign of iOS 7.

All these visual changes probably refine the final version to hit the public this fall, but it is more than likely that these changes do not end aesthetic to convince much of the iOS user base. 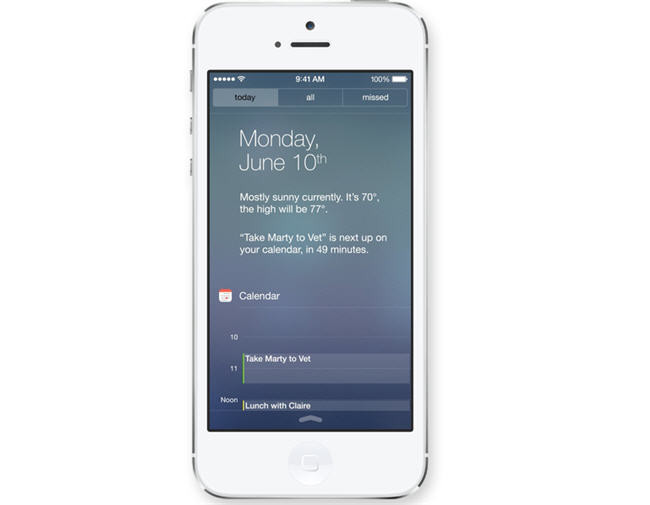 Few of the changes that have been implemented in iOS 7 are truly innovative and revolutionary. And as Steve Jobs himself confessed with that famous phrase, Apple has returned to leverage ideas and popular and has adapted to the new version of its mobile platform.

Among the clearest examples of those ideas that Apple wanted to “borrow” is managing multitasking. The visual design of the management and especially the task switcher is traced to webOS, as you can see in the following video:

Another outstanding example of that “indiscriminate copying” that many criticize in iOS 7 is the control center of iOS 7, which has long been available on Android with all kinds of variations. And yet, it is a novelty that does not make it less welcome, but for my taste the overloaded-have, as it was one of those sections in which the usability of iOS was clearly behind that of Android. 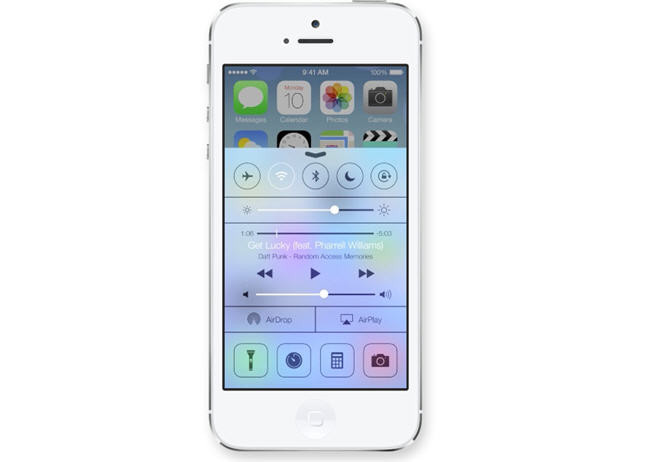 Still, use good ideas and adapt them to another product is a great idea-after all, all copied of all. Apple tends to do very well in these cases, and although such task management is clearly more elegant, the control center, again, is perhaps somewhat overloaded. 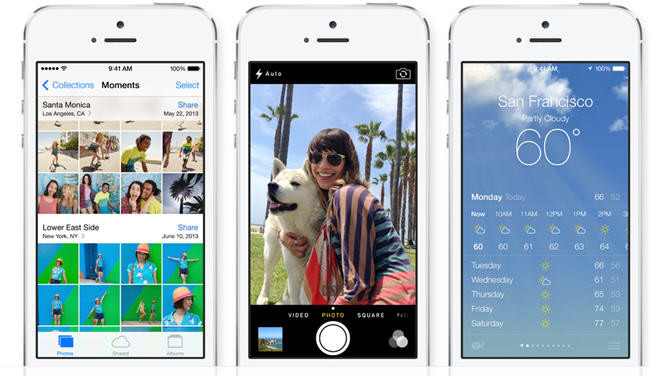 Leaving aside the design aspect, Apple has tried to continue to focus on user experience and usability, iOS sections which had always stressed over their competitors and have also been careful especially in iOS 7.

In this sense there are new elements and features that are especially useful, as the Control Center (finally have the ability to enable and disable many parameters without going through settings), notification management, or management also cited multitasking, which now extends to third party applications.

Developments in AirDrop are also interesting, but the new interface for sharing photos, videos or music is even more striking, though AirDrop makes it even more powerful. These improvements also seen in Safari (unlimited tabs, and unique visual manager), which also won a password manager that can be very useful.

In this section of security is important to note the presence of a booster to the search feature lost iPhones. We set up a message on the lock screen so that whoever finds it can call an extension telephone. We also have the trigger lock that prevents some curious can activate your device and access their data.

Apple also wanted to enhance Siri with some visual changes but especially with more search capabilities, integrating search engines such as Wikipedia, Bing (new blow to Google), Twitter or Wolphram Alpha. Other options such as iTunes Radio currently only available in the U.S., or the integration of iOS on cars-cars to be seen what just offering support, seem almost anecdotal to the public from outside the United States right now, but will be interesting for the future. 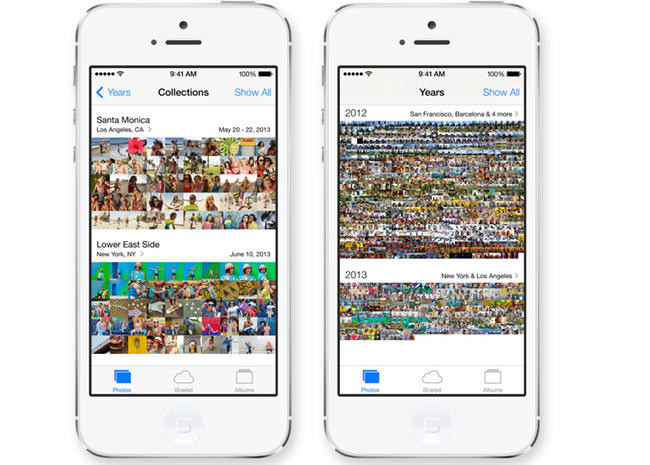 The widget support would further enriched iOS desktop, especially on tablets-but it seems that Apple does not want to “mess” user experience with this type of elements, so popular on Android.

Nor at any time spoke NFC, a technology by which time Apple cannot seem to bet though that things will change in the next post that await us in the fall. In iOS 7 no evidence of that support, but is likely to appear iPhones and iPad with this technology, operating system updated promptly to adopt it.

Another area in which, unfortunately, no news is the default selection of applications, it also cannot be modified. Although we may use other mail clients like Gmail and other browsers such as Chrome, it is not possible to establish such applications as the system default. 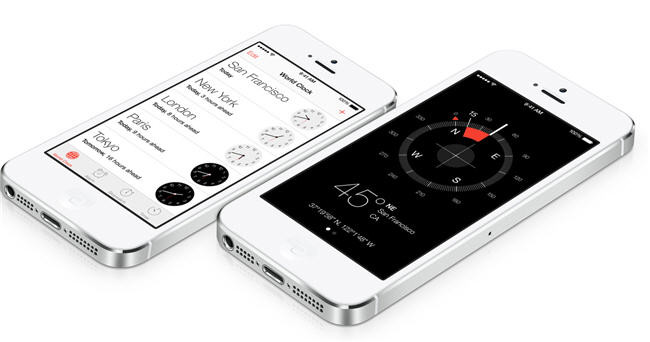 Although iOS 7 has changed its aesthetics, how to use it really does not change much. Some applications have gained in performance and some are new and provide significant improvements to usability, but iOS 7 is more evolutionary product-with-facelift that included a revolutionary despite that first impression.

In fact, improvements in iOS 7 appear more significant than they really are by the changes in the interface, and that’s good for the iOS user base, which nevertheless will have to adapt to this new flat design.

Take ideas from others (especially, though who despite of Android) has resulted in some sections clearly noticeable-control-center but others that may confuse the user, as the weak consistency of the interface and the use of transparencies or different shades depending on the application (calendar compass face, for example). It’s a really interesting first step for the redesign of iOS, but just be sure it’s a good step. 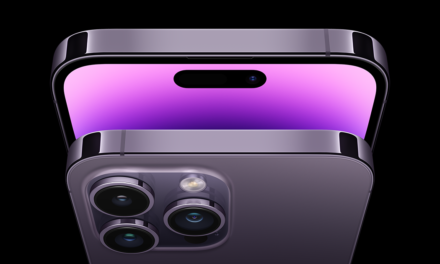 iOS 16.3: Here is Everything You Need To Know About Security Feature 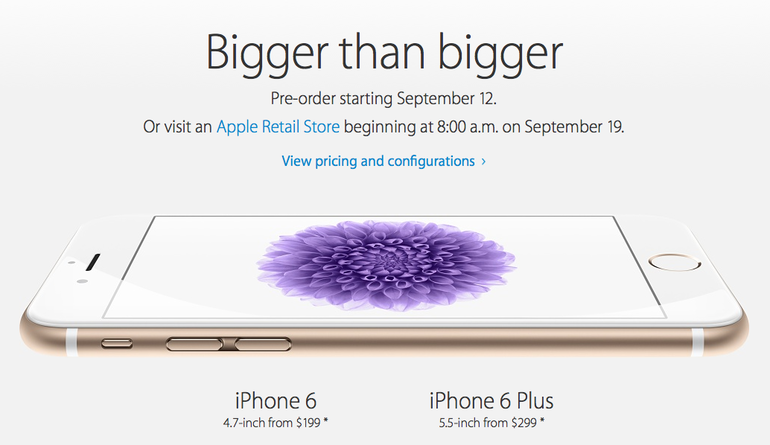 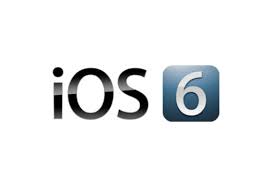