Now a days there are so many consumers for android phones and market trend has set up a very good example for the choice of every consumer, let’s say Samsung if u want a big screen u just go and get Samsung galaxy note 11 and for those who just want a simple phone also can get any different kind of simple phones.

BLU is one of the most popular handset manufacturers, and are better known for their somewhat generic handset of the genre  that while are quite affordable, sacrifices features and performance. For 2013, the company has launched their new Quattro 4.5 HD handset, an Android device having a 4.5″ 720p IPS display with a Tegra 3 processor so fasten your seatbelts as we will explore this phone today. Pricing it at $350, it appears BLU is trying to make a perfect phone with affordable price!

Let’s have a look at the hardware first, for the Quattro 4.5 HD, which has powder coated aluminum frame that surrounds a very firm black plastic casing. The back of the handset is made of somehow softer plastic, finished in a glossy black that looks sleek but does attract fingerprints on it. The power and volume buttons are made of aluminum and has a nice firm feedback when press without sounding awkward.

As far as the internals are concerned the Quattro 4.5 HD is powered by NVidia’s aging Tegra 3 T30 processor, operating at 1.4 GHz in multithreading mode and 1.5 GHz in single threaded applications. And supporting 1 GB of RAM processor while 16 GB of internal NAND storage provides 11 GB of user storage and 2 GB for OS applications. I think its more than enough for normal usage.

In general i must not forget to mention its looks as the Quattro 4.5 HD appears probably not for those who prefers eye catching status symbol devices as it really looks too sober and discreet for anyone passing by to take notice. The phone’s outlook is well suited for long term handling, and its aluminum frame rounds off the corners nicely to make the device pleasant to hold in landscape or portrait position.

Its display is somehow really catchy, pictures look very natural and the screen is awesome. It offers great viewing angles and crisp, sharp text. Colors are vibrant and white balance is spot-on allowing pictures to look natural at the same time. 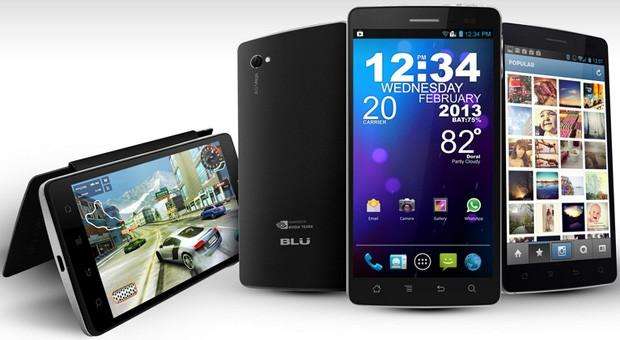 Front facing camera and rear camera is definitely demand of the day and in this phone the front facing camera is good enough for casual video conferencing or self-portraits, but colors appear to be washed out and the lack of auto-focus means the end user will have to do some positioning around to get a somewhat usable image or video.

The rear camera suffers from a log shutter response, taking nearly three to five seconds to actually snap the photo after pressing the on-screen shutter button which shows its quite slow in this regard.

Major issue of smartphones these days, this phone has built in a power saving feature that allows the user to switch the power profile of the device from Battery Saver, Balanced and Performance, but neither extremities made such difference to the device’s endurance. Light use with the Quattro 4.5 HD may get one through an eight hour work day, but moderate or heavy power users will need to carry a Micro USB cable on hand to make it through a day.

This phone is recommendable on so many of the smartphones now-a-days so a person should give this phone a try because it has so many pros rather than cons.