Trending
You are at:Home»Mobile»Nexus»Nexus 4 – Smartphones Madness
By Katherine Husmith on March 18, 2013 · Nexus

A Nexus device is much more than simply a phone or tablet. It’s your connection to the best of Google—all of your stuff and entertainment, everywhere you go with no hassle.

Nexus 4 has proved to be very popular. Google and LG have struggled to keep up with demand, with the handset being out of stock almost constantly since its launch – that is buying it direct from Google.

Traditionally Google introduces a new Nexus every 12 months, so the Nexus 4 should have another 10 months to run before being replaced.

Nexus 4 is our latest smartphone, developed together with LG. It has a quad-core processor which means it’s super fast, a crisp 4.7″ (320 ppi) display that’s perfect for looking at photos and watching YouTube, and with wireless charging you just set the phone down on a charging surface to power it up, no wires needed. While Nexus 4 is incredibly powerful under the hood, it also features the latest version of Jelly Bean, Android 4.2—the simplest and smartest version of Android yet.

The photo experience with Photo Sphere, which lets you capture images that are literally larger than life. Snap shots up, down and in every direction to create stunning 360-degree immersive experiences that you can share on Google+ with friends and family or you can add your Photo Sphere to Google Maps for the world to see. This is for sure so much fun i guess for everyone out there.

Android 4.2 brings other great goodies like Gesture Typing, which lets you glide your finger over the letters you want to type on the keyboard—it makes typing fast, fun and a whole lot simpler. Android 4.2 also adds support for wireless display so you can wirelessly watch movies, YouTube videos and play games right on your Nexus 4. 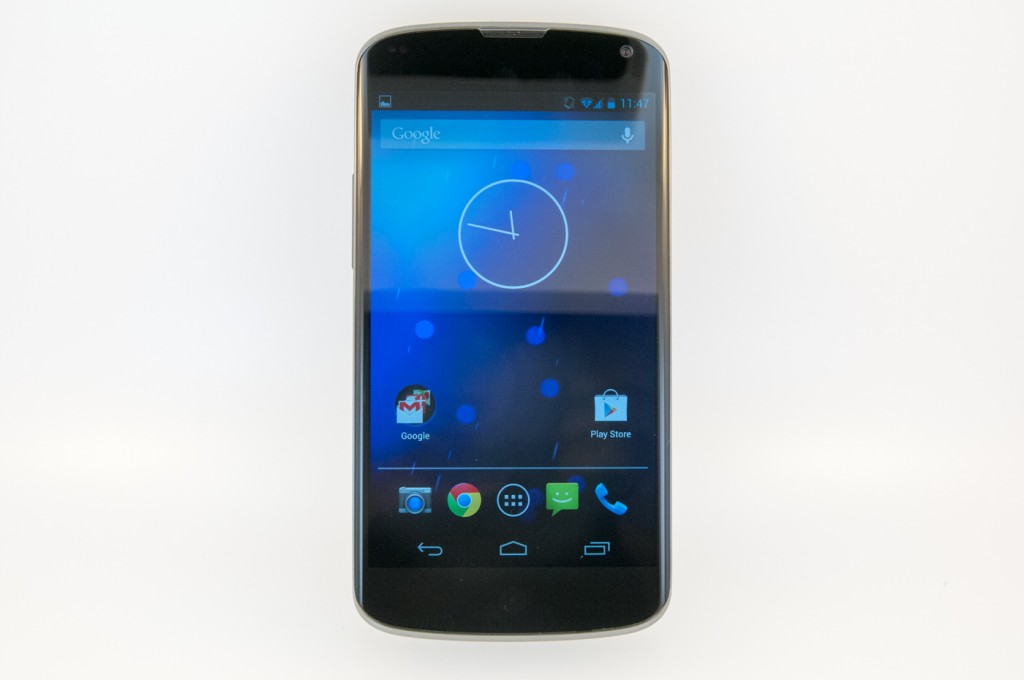 The Nexus 4 is definitely an attractive handset at first glance, with none of the opinion-splitting design cues from the LG’s Prada range, which have since spread to some other models. The front is practically featureless, thanks to the use of software buttons on the display itself. The screen has nicely curved edges too, so it fits almost seamlessly into the rest of the body.

Over all its worth buying, you will enjoy its handling, features, its glittery but sensitive back. İt fits in your pocket easily so why not giving it a try just go and get it!