Trending
You are at:Home»Mobile»Qualcomm Reveals New Features of Future Smartphones
By Jawad Latif on September 9, 2013 · Mobile

Qualcomm has revealed that what type of features are expected to be seen in the smartphones of the future at the annual Uplinq conference in San Diego. Some of those features are listed below

Qualcomm says that the future smartphones will have a feature called SnapDragon EyeSee 360 in them which will allow you to record 360 degree videos. The SnapDragon uses an external device whose working principle based on 360 panorama camera lenses for capturing Ultra HD videos from the surroundings. While playing the video, you will see just one angle on the screen at a time but you can tilt the mobile or scroll using your finger for viewing the whole scene seem like the way you do for viewing panoramic pictures. A new processor technology has been created by Qualcomm for constantly rendering the various different angles and there was no lag observed in the demo video showed by Qualcomm.

The 360 degree video recording is a very exciting feature through which the video of whole scene could be recorded without having need to move your camera around in all directions.

Qualcomm says that the future smartphones will have 4K displays on them which means that Ultra HD videos could also be played by the smartphones. There are many experts are questioning that whether the human eye will actually be able to notice the difference between the Full HD display and Ultra HD display. 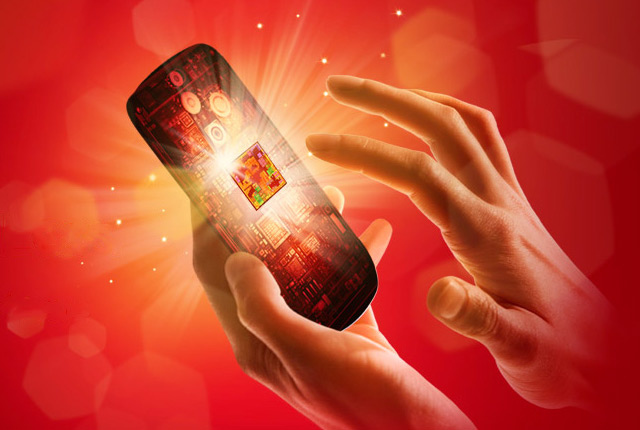 The future smartphones will have much more processing power than we are experiencing today. The graphics processors in them will also be updated to produce better graphics. This will lead to the creation of a more impressive game play environment and we will shortly be playing some heavy games on our smartphones.