The leading technological titans of the world Microsoft Corporation and Nokia have revealed that they are going into a transaction in which Nokia will sell all of its devices, license patents and services to Microsoft.

Under the terms of the agreement between the two companies, Microsoft will pay 3.79 billion euros for buying Nokia’s devices and services and another 1.65 billion euros for buying Nokia’s patents. The total transaction price is 5.44 billion euros and is expected to take place in the early months of 2014 with the final approval of Nokia’s shareholders and regulatory approvals. By signing this deal, around 32,000 employees of Nokia will be transferred to Microsoft which includes 4,700 employees in Finland and around 18,300 employees placed worldwide who are involved in production, assembling and packing of the Nokia’s products. 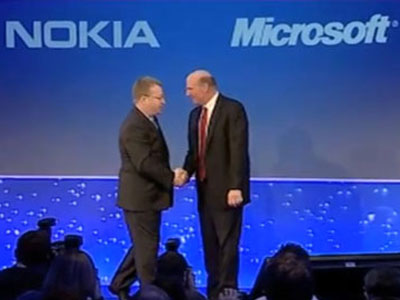 The partnership between the two companies was started in February 2011 when it was decided that the Lumia series of Nokia will run Windows 8. Now with the success of the Lumia series, Microsoft is aiming to increase its mobile market and make more profit. The acquiring of Nokia will enable Microsoft to bring more innovation and unified branding.

The Lumia series of Nokia will become Microsoft’s

Microsoft is going to acquire Nokia’s Smart Devices business unit which also includes Lumia mobiles which run Windows 8. The Lumia handsets are quite innovative and have quite unique features which the flagships of the other companies don’t have including wireless charging and photo filters. The Lumia smartphones have won many awards on international level and its sales are increasing day by day. In the second quarter of 2013, the 7.4 million units of Lumia series were sold worldwide. Around 86% of the mobiles in the market which run Windows 8 are Lumia mobiles. The Windows 8 market and apps store is still building and has placed it in third place after Android and iOS in the ranking of the mobile operating systems.

Since the headquarter of Nokia lies in Finland, Microsoft has also decided to keep it as the centre for the production of the mobile phones. It will also serve the microft’s mobile customers in Europe. Microsoft says that it will invest 250 million dollars in the headquarter in the next few years.

Microsoft has recently entered into the mobile market and its Windows 8 mobile operating system has been appreciated a lot by the customers. So, it is a good decision by Microsoft to acquire Nokia and in this way they will be able to bring more innovation in their mobiles.