Trending
You are at:Home»Technology»Asus Makes the World’s Fastest Router
By Katherine Husmith on November 16, 2013 · Technology

Previously, it was Linksys who had held the title of having the world’s fastest router. However, in no time at all, they were thwarted by Asus, who has an inclination of being competitive. They have over took Linksys to present to you the RT – AC 68 U Dual – band Wireless – AC 1900 Gigabit Router. This happens to be the world’s fastest router and here, we look at some of the features of this powerful to deduce whether or not, it should be worth all the money in your wallet.

The RT – AC 66 U was the predecessor of this model and had been released almost a year ago. It successor has some augmentations. The new router comes equipped with an 800 MHz dual – core processor and in addition to this; it also supports a new Wi – Fi chip that has the capacity of reaching a top transfer speed of 1.3 Gbps ( giga bits per second and those speeds are theoretical ) on the 5 GHz frequency band and up to 600 Mbps ( mega bits per second ) on the 2.4 GHz band.

Additional features will include transferring files between computers being used on the same network through USB ports. Now that we have debriefed you over the pros, let us head over to the cons. 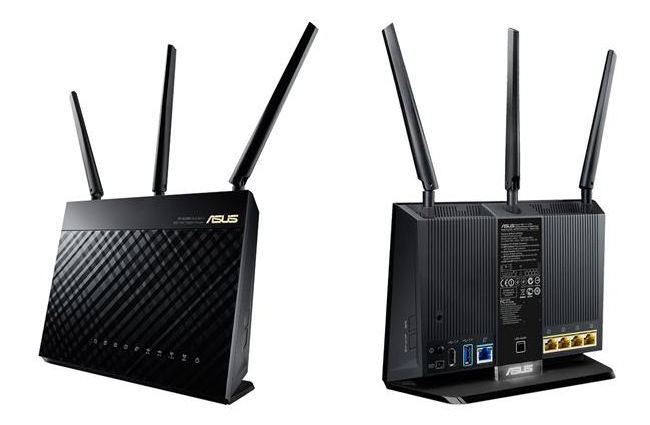 The Asus RT – AC 68 U might be a blazing fast router, but the price tag it comes along with, might render it a product that not many people can afford. The price tag of $ 220 for just a router, though we have to admit that it is blazing fast, but not everyone in the world is capable is purchasing such expensive hardware. The other thing is that in order to achieve maximum signal coverage of the router, it needs to be placed in an upright position and for the most ideal situations, be mounted on a wall. The thing that we did not like about this router that Asus could have at least shipped in some mounting tools. If they are going to tag a product with an expensive price tag, they might as well give the customer the money’s worth.

For advanced and professional users, the Asus RT – AC 68 U Dual – band Wireless – AC 1900 Gigabit Router is a fast router so if you happen to have $ 220 lying there just being waited to be spent, now is your chance.