Trending
You are at:Home»Technology»Bitfi – an Innovative Cryptocurreny Wallet with Robust Security, not even the NSA can Touch!
By Alec on October 28, 2018 · Technology

This is primarily due to the fact that the growth of blockchain technology is accelerating rapidly and it is evident that people are looking to protect their assets as best as possible. This is the real reason behind the Bitfi cryptocurrency wallet, a place to store and protect your crypto assets like never before.

It’s 2018 and if you don’t know who John McAfee is, you probably need to spend some time getting your social life together. He is a well-known British Programmer and Business Owner, who is known for the creation of the McAfee Antivirus Software. 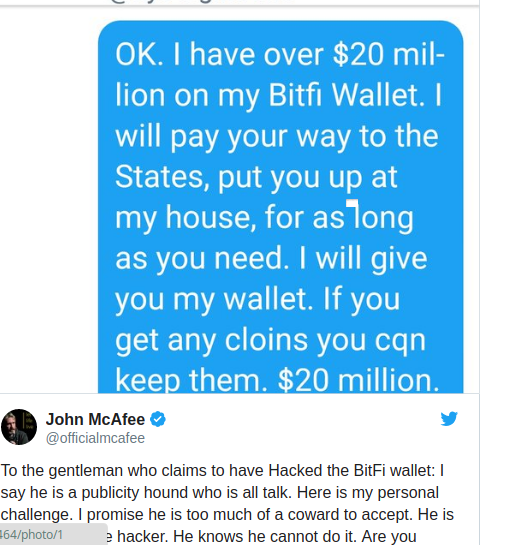 This was the same technology enthusiast who offered $20m to hack the Bitfi wallet, yes you read right, he offered 20m USD if anyone could prove that the Bitfi wallet can be hacked. Perhaps John McAfee was just smartly expressing his confidence and trust in this wallet’s security after using it since we all know that’s a ton load of money to be giving away.

There is a robust layer of security that the Bitfi developers employed in order to ensure that each user’s assets are protected to the highest level possible. Behind the Bitfi wallet is an advanced level of security since it does not store any private keys on the device but creates them at the time of a transaction.

Furthermore, unlike other wallets that force the user to write down a specific 24 words phrase, the Bitfi wallet gives the user complete freedom to create a phrase that they can actually remember which is much safer than one that is written down since anyone with the phase will have access to your funds. Nonetheless, the user can write down the phrase if they so desire.

There is also a very slim chance for you to create the same phrase as someone else since the device prompts for a specific amount of characters. The Bitfi team also implemented a secondary feature called “salt” where the user is required to add their mobile phone number or social security number; hence it’s quite impossible that two persons will have the same recovery phrase.

Additionally, the Bitfi wallet is quite immune to DDOS Attacks because of the state-of-the-art nodes that run a copy of all blockchains. If the Bitfi nodes were to be attacked, users would still have access to the blockchain but would only experience a slight delay at that time.

Assets Supported by the Bitfi Wallet

One of the main reasons why I chose the Bitfi over other hardware wallets is due to the wide range of assets that it supports. I wanted to store most if not all of my cryptocurrencies in one place and this wallet allowed me to do exactly that.

With the Bitfi wallet you can store your Bitcoin, Ethereum, Litecoin, Binance Coin, Golem, Salt, Monero, Vechain, OmiseGo, Salt, NEO, Walton, Docademic, Populous, Rchain, Status, Maker, Angur, Veritaseum, 0x, Aragon, TenX, Raiden Network Token, and Eristica without any hassle. These are a wide range of tokens to choose from and goes to show that the Bitfi was developed with just about every investor in mind.

The team is also working on adding more currencies to the wallet as time progresses.  All ERC-20 tokens within the wallet have one unique address to keep the wallet a bit tidy according to the developers, however, if you want to add more addresses you can easily create another Bitfi wallet using the same hardware that you purchased. 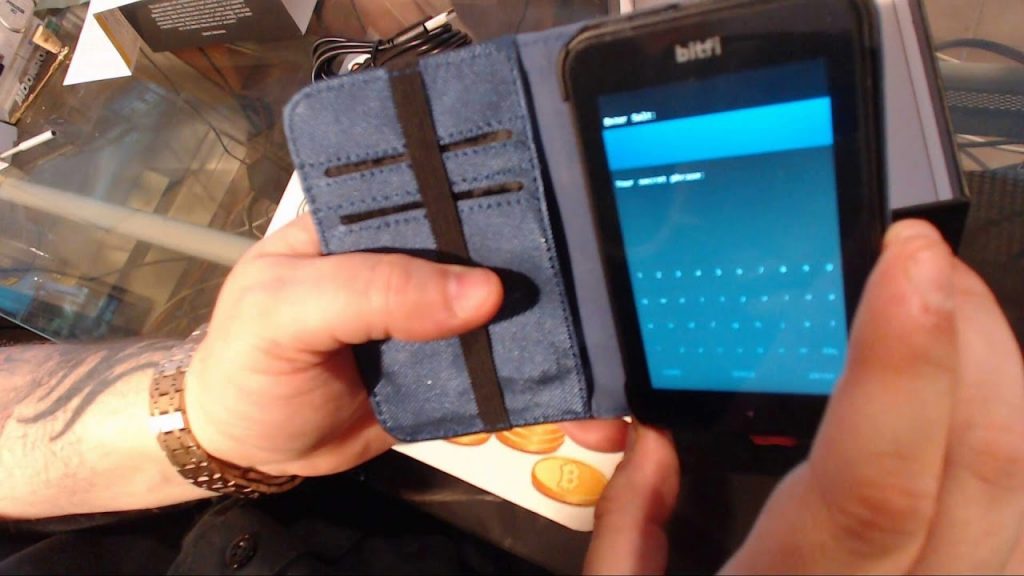 How is the Bitfi Wallet Overall?

Having used this wallet to store some of my favorite crypto assets such as Bitcoin, Golem, and Ethereum. I was amazed by the speed and ease of use. It’s like a tablet wallet with that added layer of security that cannot be compared to any other on the market.

Bitfi is certainly a huge breakthrough because all other wallets store your private keys on the device that you are using and they all try to do it as securely as possible. However, on the Bitfi, the key doesn’t exist at all since it is created at the time of a transaction; therefore, not even the NSA can take your Bitcoin or Altcoins due to this high level of security.

For this reason alone, John McAfee knew that he could throw in a $20m bet to enforce his statement that it cannot be hacked simply because there is nothing to hack.  Believe it or not, I was also blown away with the feature that gave me the ability to create my own recovery/backup phrase, which is super convenient and smart.

So what about the specs? -For a device that is this fast, I didn’t even bother experimenting what was inside the “Bitfi Beast”, but upon visiting the website a few times I decided to check it out. The Bitfi sports an excellent 3.95” touchscreen display which is very responsive and great to look at from all angles.

I was able to get 7-9 days of hardcore usage from my device, however, your usage might differ of course. Overall the specs are very much on par with consumer demand for an everyday wallet and even in the future, this wallet will certainly survive – though the company might be releasing newer models.

From a User’s Perspective

When I ordered the wallet, I must declare that it was shipped pretty fast and during the setup process, I had no issues at all as a complete noob to hardware wallets. It is very important to do proper research before diving into crypto and ultimately before choosing a wallet. This was how I came to the conclusion that the Bitfi is the safest wallet for storing my digital assets.

The Bitfi official website pointed out that there is no possible way for someone to get access to my assets even if my device was stolen because the private keys cannot be retrieved that way. However, I can easily purchase a new device and get my assets back in the event of a theft.  Upon receiving your wallet you can follow the easy to use instructions on how to set it up or simply visit the Bitfi website and head over the instructions page.

Bitfi is really competing with numerous top hardware wallet brands such as the ledger nano s and trezor but the company has a much better package priced at just $120 at the time of writing this article. That’s very much reasonable for an unhackable wallet of this caliber with a wide variety of assets and the freedom to secure it how you want to.

It is important to remember that these wallets go out of stock really fast due to high demand, so if you are interested in grabbing one, it’s essential that you do so as soon as possible. Upon launching, Bitfi was also one of the first hardware wallets to be sold out in literally 22 minutes.

That’s really a significant milestone for the Bitfi team overall, therefore the market can certainly look out for more to come in the future because this wallet has revolutionized the entire crypto market as John McAfee stated in one of his twitter posts on June 22, 2018. Without a doubt, Bitfi has the potential to be the next big thing for crypto storage if it isn’t already!