Trending
You are at:Home»Technology»New Technologies In Metal-Cutting: Techniques And Methods
By Drew Brinkmann on August 29, 2013 · Technology

We are being bamboozled by science every minute, what with numerous marvellous technologies that are helping us carry out daily tasks more efficiently. Many complicated procedures that used to take days are now being completed within minutes. With the advent of computers and myriad of developments occurring in the manufacturing industry, activities like metal-cutting are also becoming coherently easy to carry out.

Metal-cutting has seen tremendous growth in recent years. It has gradually banished the use of conventional techniques and methods, only to adopt more efficient ones. In simpler time’s, metal-cutting techniques revolved around the cutting fluid that was mixed with a coolant and then applied to the metals that needed to be altered. This method had several disadvantages. The most prevalent was the fact that it was time-consuming and tedious. The cost factor was another reason why it was not preferred by companies. A company had to collect, treat, and then dispose of materials that were being used in the process, which increased its overhead by 16%.

So organizations rejoiced with the introduction of better metal-cutting fluidsand oils, since these offered better results with less cost. Oils that are now being offered are created synthetically from natural ingredients like vegetables. These synthetic oils increase the cutting power of tools by ten times and make the process incredibly effective and efficient.  What makes these new oils far better is not only the fact that they increase the efficiency, but also the fact that they are totally harmless to humans. And they offer lower costs, since once applied, they can be used repeatedly. Used in a minute amount, you will be able to increase the cutting power of your tools greatly.

It is quite understandable that metal is not something that you can work with easily. It is very hard to mould and cut them, especially those with rock-hard surfaces. The notion that you have to create shapes and also have to get them into specific sizes is not only daunting, but excruciatingly hard. Companies that are working in metal-cutting industries use different techniques and methods that require burning and melting, since the metals are incredibly hard and tough. But now, many have switched to using lasers to cut and give shape to the metals that they need. It is far easier this way.

Laser technology in metal-cutting is effective due to the fact that there is no contact with the surface at all during the process. What this means is that companies can work metals of their choice without any concern for wasting material or making a mistake. They only have to input the instructions into the computer, which in turn does the job for them.  This offers them coherency and precision that is unparalleled. This also means that companies can save money through creating a minimal amount of waste and not have to worry about disposing of or collecting materials after the process is complete. 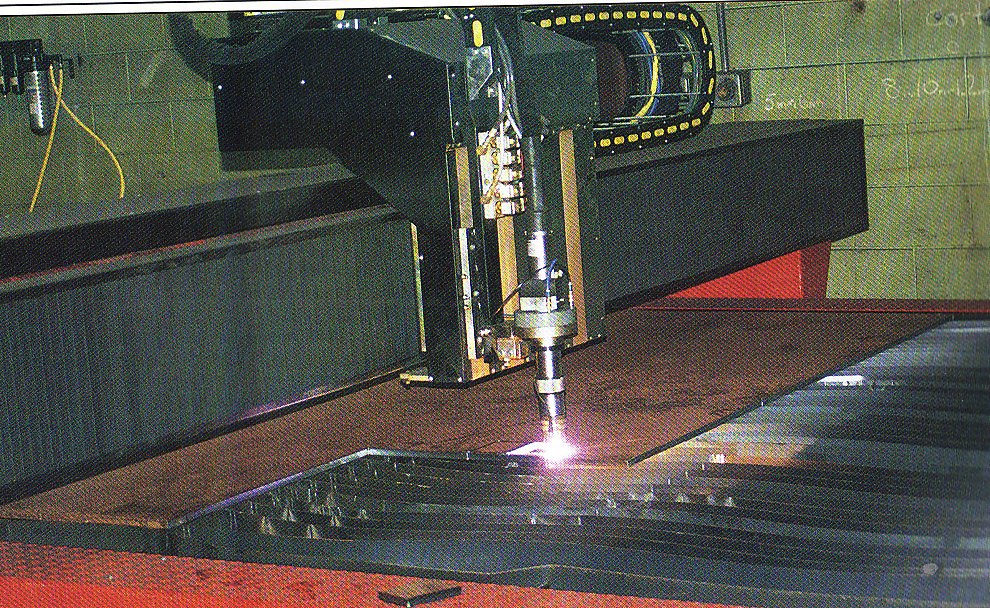 Laser technology is now rapidly being adopted across the metal-cutting industry. The way it cuts metals, clean and precise, is one of the dominating factors in favour of it. The laser’s potency allows it to be used against the hardest of surfaces and is commonly utilized in the rock and gem industry due to the nature of demand over there. But its use is now also becoming common in construction projects, especially where bridges are involved. Car manufacturing assembly plants are also being fitted with laser robotics and terminals to speed up the process.

Metals have always played an important part in the construction and manufacturing industries. Laser technology and new metal-cutting fluids are relevant today more than ever.  There are now four different laser technologies and methods that are currently being used in different capacities. These include sublimation, nitrogen, oxygen and carbon dioxide. The most commonly used technology is carbon dioxide laser technology, as it creates a lot of heat, which is imperative in the metal cutting process. The second most used method is the nitrogen procedure, but it is only used in industries that have access to considerable amounts of power, since nitrogen-based procedures require a great amount of power to work with.

About Author: Allen Kay is an industrial engineer who has worked with numerous companies and internationally recognized brands. He has extensive knowledge on metal-cutting technology and writes extensively about them. Here, he talks about the different new technologies that have been introduced lately to the metal-cutting industry and the use of metal-cutting fluids in them.