Are Our Technology Obsessions Causing Disease? 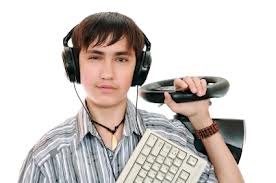 These days, many wouldn’t be able to do without the convenience of one-touch access to our daily task lists and messages. Despite the conveniences we enjoy with technology, some are saying it’s turning into an obsession for some of us, and not only that, but causing real health disorders.

Our mental health is one thing that technology has affected, if the large number of studies done on the subject have anything to say about it. Some experts believe that overusing technology can actually manifest itself in mental health issues. Narcissism is one of these issues, which studies say can actually be encouraged by using social media. The same is true for users who obsessively check their email and other messages.

How the use of technology can potentially lead to the development of conditions like ADHD is another focus of several soon-to-be-published studies. In the medical world, the threat of ‘cyberchondriacs’ may be very real, now that we can check online medical conditions and view certain records. This Is Your Brain, Rewired

Interesting studies have shown that, in using technology as we now regularly do, we are also rewiring our brains. One example is the “Google effect”, where the first thing many tend to do is run to a search engine to find answers. This results in the inability to remember facts in their entirety.

But interestingly, today’s children are bombarded by technology in the classroom, and are actually showing completely opposite results. Technology that allows for interaction to occur between students has actually resulted in a much higher amount of information being retained and ultimately, higher test scores.

Users of social media sites like Facebook have a different motivation, which appears to be emotional. Social media sites allow us to both begin and continue communication with others, but it also allows us to promote ourselves through photos and the addition of friends to our lists. This allows us to get the attention we need.

Narcissism is once again the focus of a recent report, which showed there was a direct link between the number of Facebook friends one has and where that individual rates on the narcissism scale. The results revealed that those scoring high on the Narcissistic Personality Inventory questionnaire more often than not had a larger number of friends, tagged themselves frequently and regularly updated their news feeds.

Interesting studies like this also cause questions to be asked about the purpose of social networking sites like Facebook, and cause many to wonder whether or not these sites are actually providing a platform where the exhibition of narcissism is something that’s encouraged.

Our Obsession With Smart Phones

Recently, psychologists expressed concern about what they refer to as ‘smart phone obsession’; the phenomenon where phone interaction becomes more important than interaction with other human beings.

This kind of obsession has been observed most commonly during social situations, such as when one attends a party or meets friends at a pub. Although a group is physically sitting together, they may all spend that time interacting with their phones, and not with each other.

It’s understandable that our phones are valuable; after all, they can contain any number of valuable apps that we can use to make all aspects of our lives more convenient. But it does also mean it’s easier for us to fall into the trap of becoming obsessed with our devices.

Some experts say that the first step to rediscovering human interaction is to ‘unplug’ our devices. They believe that even if the unplugging only occurs on weekends, it can allow us the ability to reconnect with the ‘real world’, which may cause us to place less importance on our devices, and perhaps put more of our attention and energy toward human interaction.

About Author: Elizabeth Brosuga writes on a variety of topics, particularly related to technology.  She helps consumers compare high speed internet options available in their neighborhoods. You can also find Elizabeth on Google.

Know Your Anxiety Levels? New Fitness Trackers Are Here to Help You!

What are Dark Web Links?