Trending
You are at:Home»Technology»Toyota Australia: The Story Behind Technology And Innovation
By Nick Olanoff on August 27, 2013 · Technology

In December 2012, Toyota unveiled its brand new engine plant in Australia. The plant produces the AR four cylinder engine for use in Toyota’s hybrid Camrys and other models of cars. It is planned that the engines will be sold in Australia, as well other parts of South East Asia. This new engine plant is part of a massive factory complex in Altona, just outside of Melbourne. The plant covers over 75 hectares of land, produces several components, and completes final assembly of a number of models of Toyota vehicles for the Australian market, as well as for export. The whole Toyota Altona complex is sometimes referred to as a mega-factory due to its size and complexity. 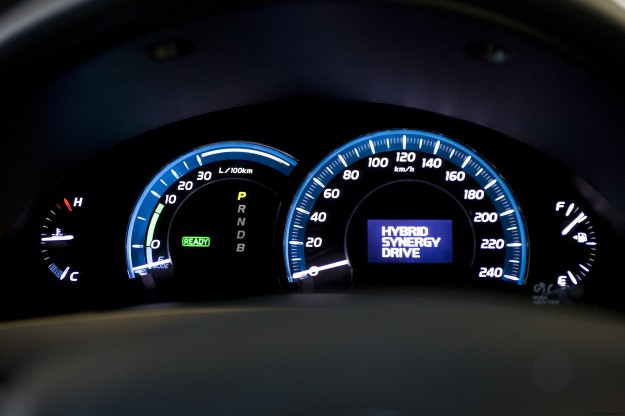 The new engine plant was part of a massive undertaking by Toyota to remodel the factory. The engine plant itself, needed to be completely rebuilt, this included rehabilitating both the building and the actual production line that makes the engines. The original plant was built in 1978 and for almost 20 years was the sole production line at the Altona factory. Beginning in the early-1990s Toyota wanted to consolidate its vehicle production in Altona, as such, more part plants were built in Altona, while other plants such as those at Port Melbourne were slowly closed down. By 1994 all vehicle production by Toyota in Australia was done at the Altona factory.

As time went by, the Altona mega-factory aged and the usefulness of the engine plant in particular was questioned by the corporation and it became clear that an upgrade of the equipment and facilities was needed. Negotiations began in the late 2000’s as to whether the engine plant should be upgraded or if all engine manufacturing should be consolidated in Japan. Luckily, an agreement was reached in 2011 between the Australian state and federal governments along with Toyota to invest AUD 300 million into the upgrade of the engine plant. From that point forward the race was on to get the plant built and operational as soon as possible.

The new plant, while sitting in the same space as the old one, actually shared very little in common with its predecessor. The new plant has been built to integrate the workers and machines to much higher degree. There are numerous jobs that are completed by autonomous robots, while jobs that are better suited to a human, such as quality control are still done by the workers in the plant.

Getting the plant up and running had its challenges and preparation for the grand opening day certainly had its points where it seemed that things may not go ahead as planned. With careful project management and an excellent engineering team, the factory was completed. This would be a boon for the automotive industry, as just recently Ford Motor Co announced that it would close it’s Australian factories in 2016. Hot on the heels of this, other major car manufacturers are thinking about the future of their factories.

For grand opening several dignitaries were in attendance, including the Prime Minister of Australia. Ensuring that the engines started rolling along the line at the right moment was a prime consideration. In addition, there were a myriad of small and large details that needed to be covered off to pull off such a large protocol event. Making sure that everything was in place, including security, seating and making sure the layout worked for the press. This all had to come together at the right time to show off the years of work to get the plant operational and months of preparation to have the event go off without a hitch.

The plant is now open and producing a huge volume of engines which is good news for Toyota, Australia and for the workers of the Altona plant who have been there throughout the change. Even with the uncertainty of the automotive industry in Australia, Toyota spokesman Glenn Campbell has said that “We [Toyota] have every intention of continuing to build cars in Australia”

Author Bio: Erin Warbrook loves her Toyota. She is a writer from Perth, Australia and bought her Australian made Toyota from Kalamunda Toyota.